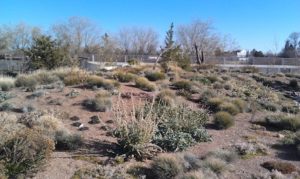 Denver passed a green roof initiative this past November that took effect on January 1, 2018. I am hopeful that over time, it will improve Denver’s air quality, and I think it will be interesting to see it evolve. In today’s blog, I wanted to give you an overview of the new ordinance and some insight on how it’s expected to affect our market.

Last November, voters in the City and County of Denver passed Initiative Ordinance 300, also known as the “Denver Green Roof Initiative,” by a margin of 54.3% to 45.7%.

When Does It Take Effect?

Owners of buildings subject to the ordinance will need to make the change to a green roof at the time of a normal roof replacement. For a building built in 2017 (before the initiative’s passage), that could be 10-15 years from now. Developers of new buildings are subject to the initiative’s provisions right away. A building may have its entire roof covered in solar panels to be exempt, and other exemptions are available.

The Denver Botanic Gardens (DBG) Green Roof, built in November 2007, is the first green roof on a city-owned building in Denver. In the 10 years since then, the DBG has kept meticulous records of the species they planted and the care they gave to the plants. As a result, they now possess unique insight into which plant species are well-suited to use on green roofs, as well as which are not (you can see their report here).

The Denver Post published an editorial a few weeks before the November 2017 election, urging voters to vote no on the ordinance, stating that the cost of the improvements would be passed along to building tenants.

In a story on TheDenverChannel.com the week before the election, Andrew Friedson, an economics professor at University of Colorado Denver, said, “From an economic standpoint, it’s pretty well understood that whenever you put regulations on a building, it increases the cost of construction.” The professor didn’t go so far as to condemn the ordinance, saying, “I would argue if you’re going to do something like this, this is probably the better time, from a business-cycle standpoint in Denver, to do it.”

As always, we are grateful for your trust in us and for your referrals. If a new home is in your plans, I would love to help! Contact me here.